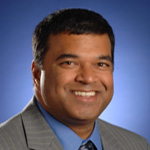 Dr. Satu Limaye is Director of the East-West Center in Washington. He is also a Senior Advisor at the CNA Corporation, a non-profit research and analysis organization located in Arlington, VA. He is the creator and director of the Asia Matters for America initiative, an interactive resource for credible, non-partisan information, graphics, analysis and news on US-Asia Pacific relations and the national, state and local levels; Founding Editor of the Asia-Pacific Bulletin series, an editor of the journal Global Asia and on the international advisory council of the journal Contemporary Southeast Asia.
Dr. Limaye publishes and speaks on U.S.-Asia relations and is a reviewer for numerous publications, foundations and fellowship programs. Previously, he was a Research Staff Member of the Strategy and Resources Division at the Institute for Defense Analyses (IDA) and Director of Research and Publications at the Asia-Pacific Center for Security Studies (APCSS), a direct reporting unit of U.S. Pacific Command.
He has been an Abe Fellow at the National Endowment for Democracy and a Henry Luce Scholar and Research Fellow at the Japan Institute of International Affairs (JIIA) in Tokyo. He is a magna cum laude and Phi Beta Kappa graduate of Georgetown University and received his doctorate from Oxford University (Magdalen College) where he was a George C. Marshall Scholar.

Marcia Stephens Bloom Bernicat Bloom Bernicat is currently the U.S. Ambassador to Bangladesh .A career member of the Senior Foreign Service, class of Minister-Counsellor; she previously served as Deputy Assistant Secretary in the Bureau of Human Resources at the U.S. Department of State. As a former Chief of Mission and two-time Deputy Chief of Mission, Ms. Bernicat has demonstrated her skill and management ability at a wide variety of multi-agency posts Ms. Bernicat was Ambassador to Senegal and Guinea-Bissau (2008-2011). Prior to that assignment, she served as Office Director for India, Nepal, Sri Lanka, Maldives and Bhutan in the Bureau of South Asian Affairs at the Department of State (2006-2008). From 2004 to 2006, she was the Senior-Level Director and Career Development Officer in the Bureau of Human Resources at the Department. Ms. Bernicat also served as Deputy Chief of Mission at the U.S. Embassy Bridgetown, Barbados (2001-2004), and as Deputy Chief of Mission at U.S. Embassy Lilongwe, Malawi (1998-2001). She was Principal Officer at the U.S. Consulate in Casablanca, Morocco (1995-1998), Deputy Political Counsellor at U.S. Embassy New Delhi, India (1992-1995), and Desk Officer for Nepal and India in the Bureau of Near East and South Asian Affairs in the Department (1988-1990). Her other assignments with the Department included serving as a Special Assistant to Deputy Secretary John Whitehead, Watch Officer in the Operations Centre, Consular Officer in Marseille, France, and Political/Consular Officer at U.S. Embassy Bamako, Mali.

Pritam Banerjee is Senior Director, Corporate Public Policy, Deutsche Post DHL for South Asia Region. He looks after strategic development and regulatory affairs for the group in this region. Previously he was with CII heading the trade policy division and previous to that he was with the World Bank group in Washington D.C. His core areas of interest are Trade facilitation, Logistics and International supply chain

Henry Steingass serves as Regional Director for South and Southeast Asia at USTDA, where he assists U.S. companies and overseas sponsors to implement USTDA-funded development projects and innovative public-private partnerships that lead to increased trade. His portfolio covers emerging markets in these two key sub-regions and initiatives through the Asia-Pacific Economic Cooperation (APEC) forum and ASEAN. He served as Regional Director for Asia, covering China and SE Asia from 2004 to 2007. In these portfolios, Mr. Steingass has concentrated USTDA investment in aviation sector modernization, transportation sector safety and security, clean energy development, e-government and e-commerce initiatives, customs modernization, and emergency response capabilities. Particularly in 2008 and 2009, he has been instrumental in building the agency’s clean energy and climate change portfolio in the priority markets of India, Indonesia, Pakistan and the Philippines.

Ms Nishimura is currently First Secretary and Deputy Head of Economic Section of the Embassy of Japan, New Delhi.Before joining the Embassy, she was the Principal Deputy Director of Economic Partnership Division, Ministry of Foreign Affairs of Japan and engaged with Trans-Pacific Partnership (TPP) agreement negotiations, Regional Comprehensive Economic Partnership (RCEP) negotiations and other Economic Partnership Agreements of Japan. She also held positions on non-proliferation and disarmament, development cooperation as well as security policy and crisis management since she joined the Ministry. Ms Nishimura holds MA in International Relations from Stanford University in California, USA, and Bachelor in Law from University of Tokyo, Japan.

Dr Dwarika Nath Dhungel retired as the Secretary at the Ministry of Water Resources, Government of Nepal in 1998. He was a member of Nepal Administrative Service from 1970 to 1998 and served as the secretary at several ministries including Ministry of Land Reforms and Management, Ministry of General Administration as well. A PhD from Nagpur University India, Dr Dhungel completed graduate level courses from MIT and Harvard University in 1984 and 85, respectively. Dhungel was the member secretary of the High-Level Administrative Reforms Commission led by the then PM late Girija Prasad Koirala from 1991-9.

Shrikant Mahayaria Member, Traffic, Inland Waterways Authority of India. He joined the Indian Railway Traffic Service Group “A” in September 1993. Prior to joining the Indian Railway Traffic Service, I was in the Indian Civil Accounts Service Group “A” from August 1988 to June, 1992. During my career in the Indian Railways so far I have worked at all the three levels in Indian Railways i.e. The Division, The Zonal Headquarter and the Ministry. I have worked in various capacities to manage Railway operations and the frontline commercial activities. From 2005 to 2009 I worked, on deputation basis, in the Container Corporation of India, where I gained valuable experience in Multi-Modal logistics. 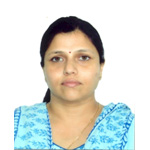 Rupali Ghanekar currently working as Economic Advisor with the Indian National Shipowners’ Association, the representative body of Indian shipping companies. Her primary job is to research, draft and prepare position papers, engage in discussions with relevant parts of the Government of India and other related institutions on matters relating to Maritime and Economic policy for Indian shipping and by default the entire Indian maritime space.
Prior to this she has worked as an economist in equity research firms. She began her career as a trainee reporter with Indian Express newspaper, Mumbai, and later with Business Standard Mumbai.
Ms Ghanekar holds a bachelor’s degree in Economics and a master’s in Sociology from Mumbai University. She also has a Masters in Financial Management from Jamnalal Bajaj Institute of Management Studies.

Rohan Maskorale is presently the CEO of Shippers Academy Colombo. He graduated in Economics (Bsc.Hon) with a second major in Business Administration from Connecticut State University U.S.A. (1992). Certified in supply chain management from Cranfield University U.K (2001). Counts for 23+ years of experience in the field of ports and shipping, international trade policy, training & logistics.