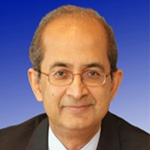 Dr. Rajat M. Nag is currently a distinguished fellow at the National Council for Applied economics Research. He is also currently a senior fellow at Emerging Markets Forum, US. He was the Managing Director General of Asian Development Bank in Manila from 2006-2013 and has also held various positions in Asian Development Bank. Dr. Nag is internationally well known for his intellectual leadership, extensive operational experience, and in-depth knowledge of development issues, particularly in infrastructure financing, public-private partnerships, and regional cooperation. His research interest is in working to enhance regional cooperation and integration in Asia. He is also a visiting faculty at Asian Institute of Management, Manila, Philippines and emerging Market Institute, Beijing. He holds engineering degrees from the Indian Institute of Technology, Delhi, and the University of Saskatchewan in Canada. Mr Nag Holds MSc in Economics from London School of economics and also an MBA in (Finance and Quantitative Methods), University of Saskatchewan, Saskatoon, Saskatchewan, Canada, 1972. 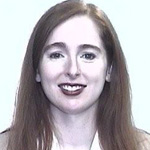 Dawn Shackleford is the Deputy Assistant US Trade Representative for WTO and Multilateral Affairs in the Office of the US Trade Representative (USTR). She is the lead US negotiator for the trade facilitation negotiations under the WTO Doha Round and the Trans-Atlantic Trade and Investment Partnership, a lead negotiator on WTO accession negotiations involving least developed countries, as well as a senior advisor on issues pertaining to the WTO and its standing committees. She is also the US Representative to the OECD Trade Committee and a lead advisor on trade issues concerning the UN and other international organizations. Dawn joined USTR in 2004, and has served as a lead negotiator in the US FTA negotiations with Oman and the United Arab Emirates, and worked on various WTO, APEC, G20, UN and NAFTA trade policy issues. Prior to her work at USTR, Dawn served as a policy analyst within the Office of the Under Secretary of Defense for Policy and in the Department of the Navy from 1998-2004 and as an adjunct professor at American University’s School of International Service from 2003-2005. She holds a Master of Arts Degree in International Affairs from American University in Washington, DC, a Bachelor of Arts Degree in Politics from the University of California in Santa Cruz, and also studied at the National University of Ireland in Galway, and Friedrich Schiller University in Jena, Germany. 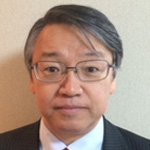 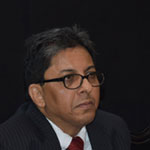 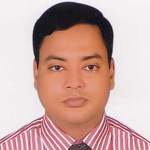 Mr. Chandan Kumar Dey is currently Joint Secretary of the Road Transport & Highways Division, Ministry of Road Transport & Bridges of the Government of the People’s Republic of Bangladesh. He started his civil service career in the year 1991 as a member of BCS (Administration) Cadre. During the journey of his career, he worked in various capacities both in the field Administration and in the Secretariat.

In the field Administration, he served as Assistant Commissioner, Senior Assistant Commissioner, Upazilla Nirbahi Officer (Chief Executive of a sub-district) & Additional Deputy Commissioner. In the Secretariat, he served as Senior Assistant Secretary, Deputy Secretary and Joint Secretary. He holds BA (Honours), MA in English from University of Chittagong and also an LLB from National University, Dhaka. He is a member of the Regional Network of Legal and Technical Experts on Transport Facilitation under UN-ESCAP. He participated in the Training on Infrastructure Management from Monash University, Melbourne, Australia under Australia Awards Fellowship. For the last 5 years, he deals with issues relating to regional road connectivity in road Transport & Highways Division. He participated actively in the regional Seminar/Workshop/Meeting under UN-ESCAP, BIMSTEC (BTILS), SASEC and BCIM-EC. He also played effective role in the formulation of BBIN MVA.

Ambassador Jonathan Addleton is currently the Mission Director of USAID to India .A four-time USAID Mission Director (Pakistan, Cambodia, Mongolia and Central Asia), Jonathan Addleton has also served as the United States Ambassador to Mongolia, Senior Civilian Representative for Southern Afghanistan in Kandahar, and USAID Representative to the European Union in Brussels. Earlier in his USAID career, he served as a USAID Program Officer in Jordan, Yemen and South Africa. Prior to joining USAID in March 1984, he worked briefly at the World Bank, Macon Telegraph and Carnegie Endowment for International Peace. His recent recognition includes a Distinguished Honour Award from USAID (2015); the Christian A. Herter Award for intellectual courage and constructive dissent from the American Foreign Service Association (2014); the ISAF Service Medal from NATO and Outstanding Civilian Service Medal from the United States Army (2013); and the Polar Star, Mongolia’s highest civilian award, from the President of Mongolia (2012).

Janina Jaruzelski is currently the Mission Director of USAID to Bangladesh. Jaruzelski, a member of the Senior Foreign Service with the rank of Minister Counselor, has served with USAID since 1995 in both Washington, D.C. and overseas posts. Most recently, Jaruzelski was the USAID mission director in Bolivia, where she served through September 2013.From 2008 to 2012, Jaruzelski served as mission director for USAID’s Regional Mission in Ukraine. In this position she oversaw all USAID programming in Ukraine, Moldova and Belarus, including projects in democracy and governance, economic growth, energy infrastructure, health, education, HIV/AIDS and counter-trafficking in persons. She also oversaw the Millennium Challenge Corporation’s (MCC) Threshold Country Programs for Ukraine and Moldova, which USAID managed on MCC’s behalf. Prior to her assignment as mission director in Ukraine, she served as acting mission director, deputy mission director and regional legal advisor for USAID/Russia and as legal advisor to the Europe and Eurasia Bureau in Washington. Jaruzelski has also served in Egypt and Yemen.Prior to her service at USAID, Jaruzelski was counsel to the U.S. House of Representatives’ Energy and Commerce Committee, and she served as assistant counsel to the Clerk of the U.S. House of Representatives. She also worked at the U.S. Court of Appeals for the District of Columbia Circuit and at Macmillan Publishing Company. She was a member of the Board of Governors of the American Foreign Service Association from 1995 to 1997.Jaruzelski has been awarded three Superior Honor Awards and numerous Meritorious Honor, performance and group awards by USAID. Jaruzelski graduated magna cum laude from Princeton University and holds a law degree from the University of Pennsylvania.

Krisda Piampongsant currently advisor to Thai Chamber of Commerce and Board of Trade of Thailand and also a board member of International trade and Development, Bangkok. Previously he acted as a chief information officer, officer to the Ministry of Commerce. He also acted as an ambassador to the Permanent Representative to the Permanent Mission of Thailand to the WTO (World Trade Organisation.) Mr KrisdaPiampongsant has Master of Arts in Public Policy and Administration from University of Wisconsin at Madison (1980).

Allen Terhaar is Adjunct Professor at Cotton U, Terhaar draws on more than 35 years of global experience in research, advertising, promotion, presentations and observations of cultural and product evolution. In this capacity, Terhaar has given presentations to leading fashion, design and marketing schools in the United States. 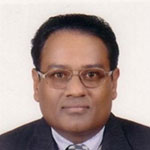 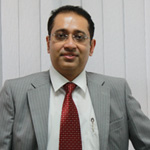 Arindam Guha is a partner with Deloitte’s Consulting practice in India. He has over 23 years of professional experience and focuses on institutional and service delivery reforms in the public sector. Arindam has advised various development agencies like the World Bank, ADB, DFID as well as Country / provincial Governments across many countries on policy, process and institutional reforms for facilitating trade flows and improving investment climate, ease of doing business. His engagements have covered multiple countries including India, Bangladesh, Nepal, Sri Lanka, Maldives, China, Singapore, Malaysia etc. Arindam holds a B.Tech (Hons.) from Indian Institute of Technology, Kharagpur and a PGDM from the Indian Institute of Management, Bangalore.

Jaijit Bhattacharya is a noted Government transformation expert and is Partner at KPMG. He is also President of Centre for Digital Economy Policy Research (C-DEP)and Adjunct Professor at IIT Delhi. He has been responsible for the creation of the next generation of solutions for governments, based on open standards. Bhattacharya advises governments on e-governance strategies. He is an e-Governance advisor to Government of Sri Lanka and has been conducting training for ADB institute in Tokyo on Public Expenditure Management and has helped World Bank develop curriculum for their e-Leadership program. Bhattacharya was also part of the Army IT Advisory Committee constituted by the then Chief of Army Staff. He also delivers invited lectures at INSEAD Singapore campus, IIT Roorkee and at IIM Calcutta. Bhattacharya also coined the terms “Technological Sovereignty” and “Participative Governance” from the perspective of e-Governance, and identified “Extreme Automation” as the key driver of the 4th Industrial Revolution.

Luna Shamsuddoha is an IT entrepreneur and Chairman of the software firm Dohatec New Media, in Dhaka Bangladesh, which she founded in 1992. She leads the management team and is responsible for overseas marketing, quality and emerging technology oversight, monitoring Project Implementation of overseas contracts. She has received recognition for her path breaking work internationally. She is Member, Council of Global Thought Leaders on Inclusive Growth, Switzerland. The eminent Council comprises of 32 distinguished persons including Nobel Laureates, Professors, former Presidents, and Cabinet Ministers.

HariBhakta Sharma is President, Confederation of Nepalese Industries and Faculty Board Member ofKathmandu University, School of Management (KUSOM). He has been involved as an Executive Director of Deurali-Janta Pharmaceuticals Pvt. Ltd. (DJPL)since more than 20 years.

Yaduvendra Mathur is currently the Chairman and Managing Director of Export-Import Bank of India (Exim Bank).He was former Chairman and Managing Director, Rajasthan Financial Corporation, since 2011.Mr. Mathur is an Indian Administrative Service Officer of the 1986 batch. A First Class Graduate in Economics and an MBA in Finance, Mr. Mathur has worked with Golden Tobacco and Associated Cement Companies in Mumbai between 1982 – 1984 before joining the Indian Revenue Services (Income Tax) in 1984 and then the IAS in 1986, topping his batch. He has had long stints in various positions in the Finance Department including Principal Secretary Finance, Government of Rajasthan. During his postings under the Department of Economic Affairs (2001-2003) at Cote d’Ivoire and Tunisia, Mr. Mathur worked as Assistant to the Executive Director (representing India, Norway, Denmark, Sweden, Finland and Switzerland) of African Development Bank. He was then actively engaged with the Export-Import Bank of India in enhancing and promoting business opportunities for Indian companies in the African continent through Technical Cooperation Agreements.. He was also Planning Secretary, PHED Secretary and Director General Revenue Intelligence in Government of Rajasthan. He also has experience as Managing Director of a Textile Mill at Bhilwara and as Chairman of Indira Gandhi Canal Board. Mr. Mathur was Collector & District Magistrate of Bhilwara and Bharatpur and has also served for over three years as Senior Deputy Director at the LalBahadurShastri National Academy of Administration, Mussoorie.